5 Factors that Change the Cost of Microblading 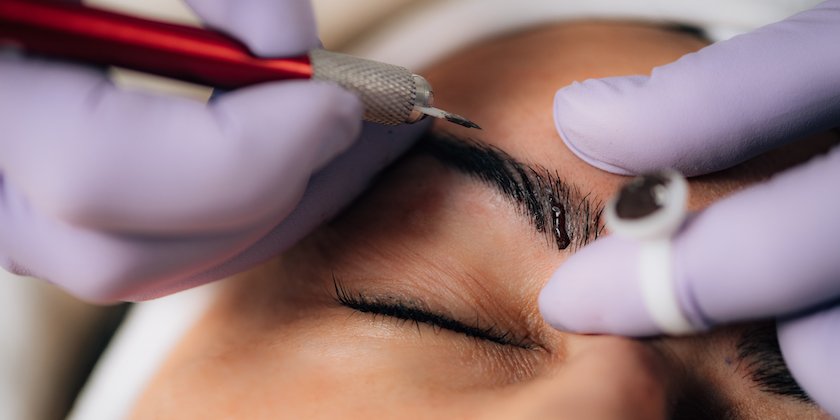 So you’ve decided you want to up your brow game and take the leap of microblading! Congrats! But as you look more into it you understandably want more information about the cost of microblading.

That’s quite a big range, but there’s a reason for that. Several variables affect the cost of microblading. Let’s take a look at some of the biggest factors:

Cost of microblading: Factors to Consider

A big factor that affects the price of microblading is licensing. It’s important to know not all practicing artists are licensed.

Unlicensed artists may try to gain clientele by offering treatment at bargain prices. However, this money you might save going to an unlicensed artist you may have to pay later to correct a poor microblading job.

Though it’s less fun for your wallet, places that have higher prices are more likely to have personel who are actually licensed. The cost of microblading naturally goes up if you’re seeing someone who is a licensed professional. Though you may pay more, your checkbook and brows will thank you in the long run.

Studio with mid-market prices or higher with good reviews and a large customer base are usually a safe bet. Going to well-known studios helps ensure that your treatment is performed by a licensed professional who will be able to make your brows shine.

In addition to licensing, experience level also affects the cost of microblading.

Artists who are just starting out may be more likely to offer lower prices since they haven’t had the time to hone their craft. In contrast, an artist who has done a ton of clients and has years of experience will most likely set higher prices.

The more capable the artist is, the more in demand they are. Also, when somebody’s work is well-known, their costs usually go up.

PMU specialists put the so-called Master Artists on top, so their administrations are the most costly. Newer artists who frequently work under the management of more experienced specialists charge essentially less (which doesn’t mean they’ll do a terrible job.)

Another aspect that influences the cost of microblading is the artist’s materials.

A few hardware and shades are better and, in this way, more costly than others. This implies that your eyebrows will turn out better and last longer.

However, the more the artist puts resources into the materials, the higher the microblading cost.

Location is additionally an important variable.

Towns can have lower microblading costs than enormous cities nearby; however, this isn’t always.

The competition in the area also affects the cost of microblading.

Research has shown several salons in a town, and their costs will probably be comparative.

Lucky for you, you don’t have to do the hard work of finding a studio for your microblading treatment. Our staff at Beauty Studio 7 are experts in our craft and want to help you feel amazing! If you’re ready to enhance the natural look of your brows, book an appointment with our expert team at Beauty Studio 7 in Gig Harbor today!