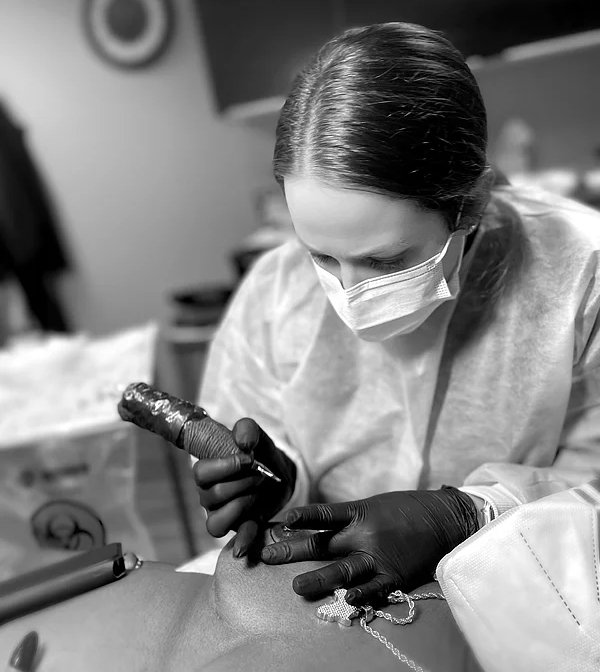 For breast cancer survivors who have had to undergo a mastectomy, the journey of reconciliation with the physical changes their bodies undergo can be one of the hardest parts of the recovery process. There is so much emotion tied to our bodies, and the drastic changes the body undergoes can be difficult. For patients who opt for breast reconstruction, nipple reconstruction can be a huge stepping stone towards creating a more natural look and boosting confidence in your own skin. This process is extremely personal and no one can tell you what choice is best for you.

While nipple grafts allow you to recreate the appearance of a nipple, another surgery can seem unappealing to survivors who have already endured so much. 3D areola and nipple tattoos are another option.

What is Areola Tattooing

Areola tattooing is a form of medical cosmetic tattooing that allows your tattoo artist to create a 3D areola and nipple on your breast. 3D nipple tattoos can help to give reconstructed breasts a more natural look, or can be used to enhance the look of your current breasts.

They can also be the finishing touch for anyone who has undergone top surgery.

One of the biggest reasons individuals seek our areola tattooing, especially those who have undergone breast cancer treatment, is to feel “whole” again. Many women report feeling self conscious and “incomplete” following surgery. Nipple tattoos are a way for women to reclaim their bodies and gain more confidence in their appearance.

Who is a Candidate for Areola Tattoo

While areola and nipple tattoos are popular within the breast cancer community, anyone can get areola tattoos.

They are common for women (and men) who have undergone a mastectomy or individuals who have gone through top surgery. However, anyone who is unhappy with the shape or color of their natural areola or nipple can have areola tattooing done as well.

The answer to the question ‘do areola tattoos hurt’ depends on a lot on who’s having it done. During a mastectomy, the nerve endings that provide feeling to the nipples and breast are cut off. Both men and women who undergo a mastectomy often experience a loss of sensation in the chest are cut off. As a result, these individuals will hardly feel the tattooing take place, if at all.

For those who haven’t undergone a mastectomy but choose to have areola/nipple tattooing done, it is much more painful since the breast and nipple are such sensitive areas.

How long it takes to complete areola treatment really depends on several factors such as size, shape, color, skin thickness, and sensitivity. Expect to spend between 1 and 3 hours with us. After treatment it’s common for the tattooed skin to start to scab and peel. During this phase of healing it’s important to not pick them. This can result in a loss of pigment and improper healing.

After the initial tattoos have healed you may be asked to come in for a color touch-up where we refine the shape and color of the tattoos.

Related reading: Areola Tattoos Are a Particularly Meaningful Form of Ink: Here’s Why